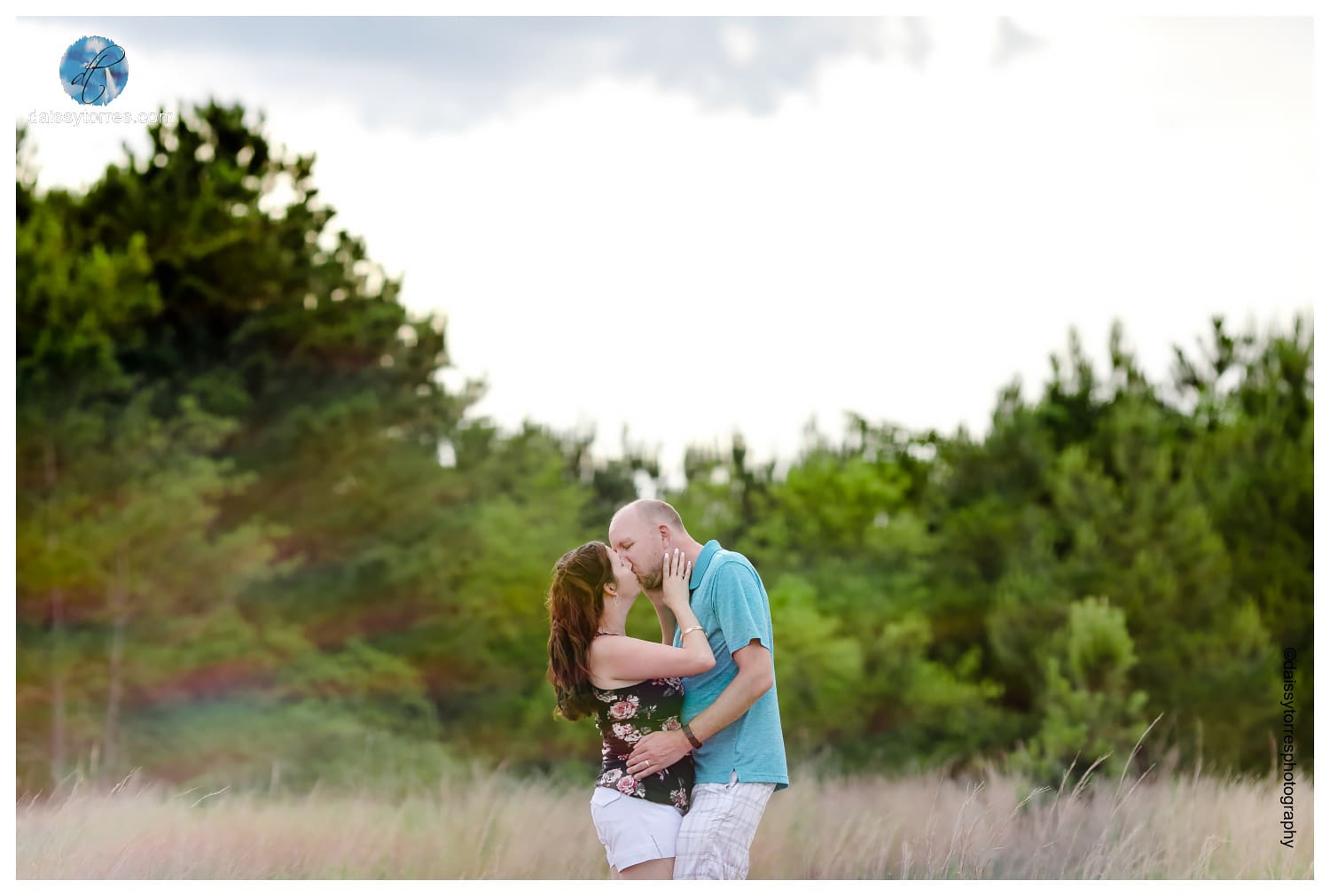 I am in love with this Pleasure House Point Anniversary Session! First, Kelly and Bryan did not win my Engagement/Anniversary Giveaway, but they certainly won my heart with their story of resilience and love above all.

Bryan and the Kelly met online at the most unlikely of times. Finding love had to be the last thing on the Bryan’s mind at a time he was about to be deployed.  Just two weeks before his deployment, he met the lady that would come to mean the world to him. As you would have guessed, countless emails were exchanged during this time and they really got to know each other.

He was hardly settled back when they decided to go on a spontaneous all-night trip to New York City on a China Bus. There, Kelly knew she had the perfect adventure companion.

Falling in love is not always the perfect story. Sometimes we go through hard times that scar us as an individual. Sometimes we even share that scar with someone else. With a wedding planned, Kelly and Bryan found themselves trying to survive the grief of miscarriages. Kelly’s soul shattered in a million pieces. I couldn’t even start comprehending their grief and despair. As Bryan experienced an immeasurable level of grief too, he knew he had to be strong and became their stronghold. Together, they’ve bonded over these unthinkable experiences. Throughout the trying times, Bryan was understanding, positive and provided the much needed shoulder to cry. Their love story is shows that their love for each other does not die easily.

This couple has fought hard for each other and against all odds, a miracle baby is here! She is the cutest thing ever and I am so glad Kelly and Bryan fought the hardest for her.

Enjoy some of my favorite from their session and scroll down to see that cuteness!